Silver for CAN II with Channell/Greszczyszyn, Margaglio/Gaspari secure bronze for Italy

Altenberg (RWH) Jacqueline Lölling and Alexander Gassner (GER) have won gold at the premiere of the Mixed Skeleton Team World Championships. The event made its debut appearance at the 2020 BMW IBSF World Championships in Altenberg.

The surprise silver medallists were Team Canada II, made up of Jane Channell and Dave Greszczyszyn. Starting fifth, the pair were out early in the race and did not have to vacate the leaders’ box until Lölling/Gassner appeared as the third-to-last team to compete.

However, the biggest surprise in Altenberg came from Team Italy I: Valentina Margaglio and Mattia Gaspari achieved two quick runs, which, when added together, was enough to win them third place 0.43 seconds behind. This marks the first medal for Italy at the Skeleton World Championships.

The UK’s Madelaine Smith/Matt Weston only just missed out on the Mixed Team World Championship podium in Altenberg, 0.03 seconds behind in fourth. The team made up of World Champions Tina Hermann/Christopher Grotheer finished fifth. In sixth place, Huiyang Lin/Wengang Yan (CHN) celebrated the best World Championship result in skeleton for the hosts of the 2022 Beijing Olympics.

The mixed skeleton event is a competition between teams made up of one female athlete and one male athlete. The two team members’ run times are added together; the team with the lowest overall time wins the Mixed Skeleton World Championships. A total of 15 teams from nine countries appeared in the inaugural Mixed Skeleton World Championships. ©RWH2020

“That was a really cool event – it was so much fun. Mainly because we got to compete as a team. Alex and I are in the same training group and we really spurred each other again. The fact that it all came down to one hundredth of a second is cool and I’d love to hopefully get the chance to do it more often.”

“I’ll take the blame for being one hundredth of a second behind; I was way too slow over the last few metres. It's great to be back on the podium, especially with Jane, I’m really pleased.”

“I was so annoyed after my singles race yesterday. Today I said to myself I know what I can do and just left the sled to do its thing. We love the team contest that’s for sure – we never thought we’d get a medal.” 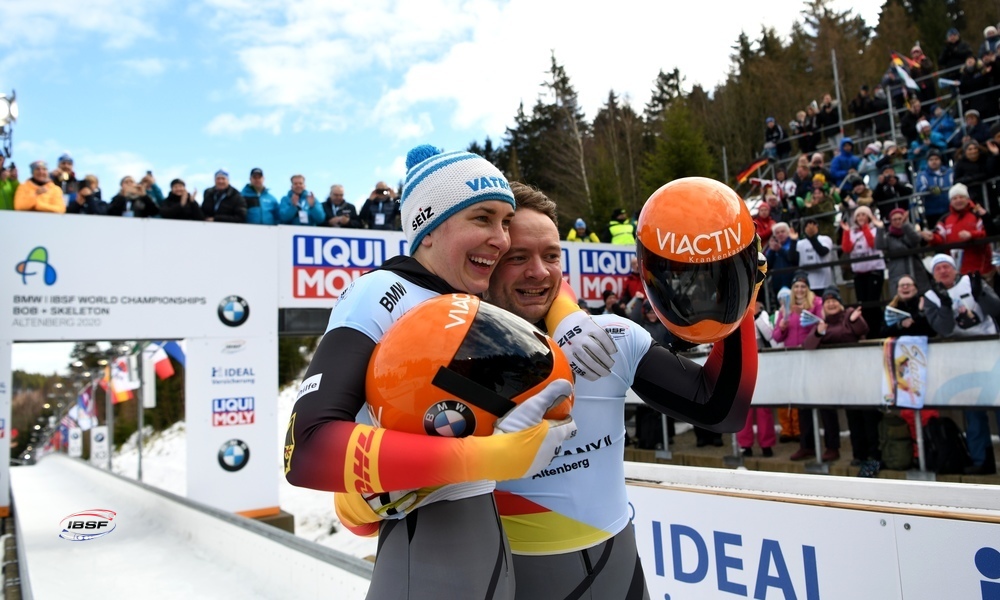 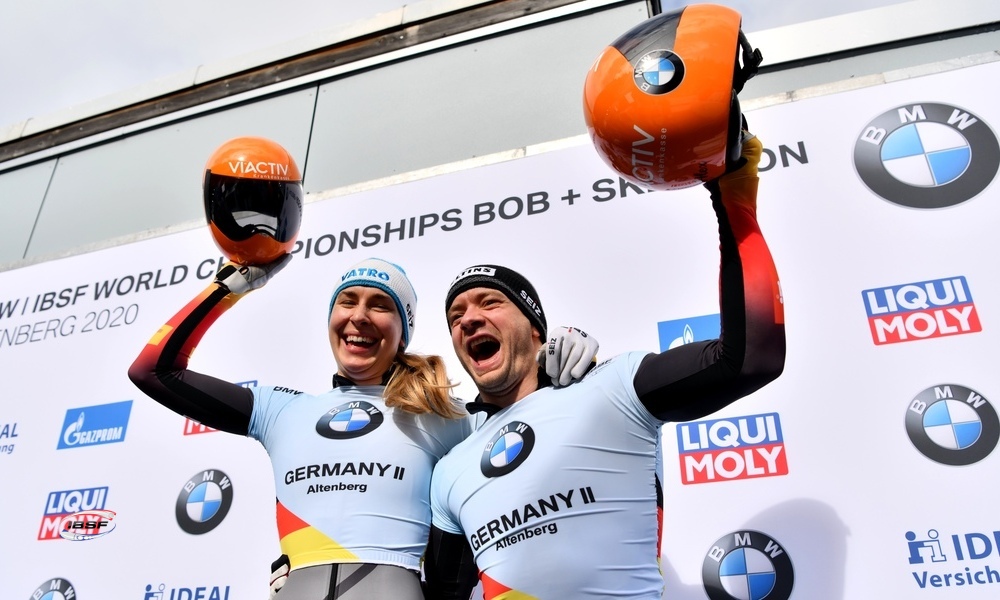