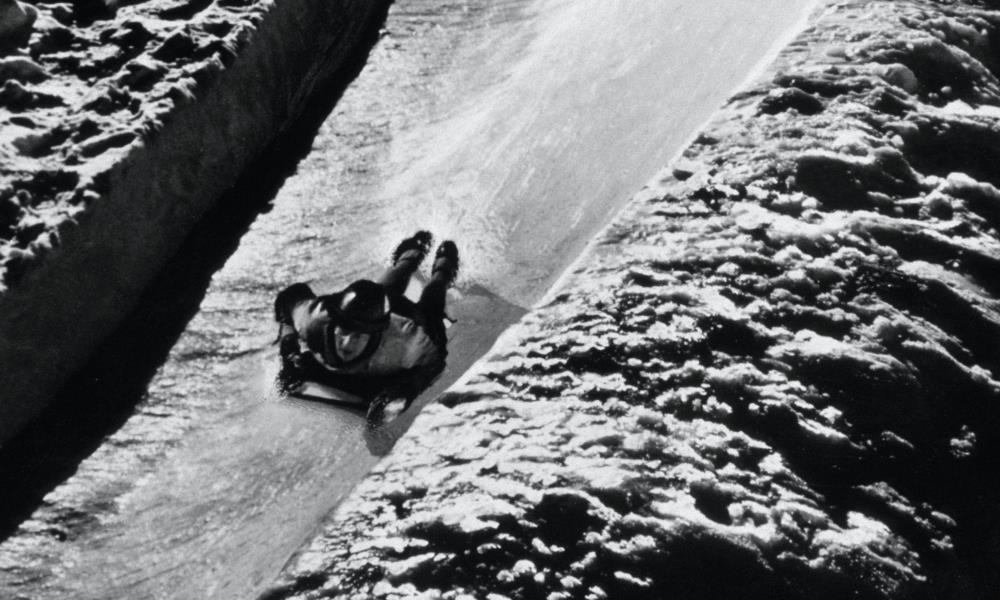 What’s in a name? Why is this exciting sliding sport called skeleton? Where did it come from? The International Bobsleigh and Skeleton Federation (IBSF) will try to answer these questions.

The "toboggans" used in Alpine countries at the end of the 19th Century were inspired by Canadian/lndian sleds used for transport. The Norwegian sled, the "Ake", used by fishermen - and the similar "Kjaelke", used for amusement on the ice - are also forerunners of the sleds used in today’s winter sports.


In 1882, when skiing was still unknown in central Europe, English soldiers constructed a toboggan track leading from Davos to Klosters in Switzerland. The course was similar in design to the very popular Canadian tracks, but they were no more than a straight slide down. In order to make it more challenging, curves were inserted in the Davos track. It was used for descents on toboggans, which, at that time, were already divided into three categories according to whether they were of Canadian, American or Swiss origin.

In 1892, an Englishman, Mr. Child, surprised his sports friends with a new sled made mostly from metal. Some speculate that since the sled looked like a skeleton, it was thusly called. Others claim that the name "Skele" derives from an incorrect Anglicization of the Norwegian word "Kjaelke". Both explanations may be correct but what is certain is that, from that time on, the sport known both as tobogganing and skeleton has been exciting and intriguing by any name.

In 1905, skeleton was practiced for the first time outside Switzerland, on the occasion of a bobsleigh competition at Muerzzuschlag in Styria (Austria).

One year later, in 1906, the first Austrian championships were held there. In 1908 and 1910, competitions were also carried out on the Semmering Mountain near Vienna.

In 1923, the IBSF, originally FIBT was formally constituted. According to the minutes of the FIBT Paris Congress in 1926, the International Olympic Committee declared bobsleigh and skeleton Olympic sports. This Congress decided to accept the skeleton rules of St. Moritz, Switzerland, as valid for all competitions.

In 1928, at St. Moritz, the American Jennison Heaton won the first Olympic gold medal in skeleton. His younger brother, John, was runner-up.

The opening of the first artificially refrigerated bobsleigh and luge track in 1969, at Königssee/Berchtesgaden in Germany, offered athletes the first opportunity to plan and carry out practice and competition regardless of weather conditions.

In 1970, a new sled was created from the traditional skeleton used on the Cresta in St. Moritz. The new "bobsleigh skeleton" was specifically designed for use on bobsleigh runs. As the sport grew in popularity, new rules and regulations evolved through the IBSF to assure uniformity and fairness.

With the participation of 12 countries in the 1987 European Championships, the IBSF Executive Committee met the minimum criteria for re-introducing the World Championships. In addition, new tracks in Calgary, Albertville and Lillehammer offered further opportunities for practicing skeleton. Many bobsleigh nations now realized the advantage of the argument always propagated by the skeleton officials - to train young, aspiring athletes via skeleton for their future career in bobsleigh.

In 1992, 20 countries took part in the World Cup series. A year later, the number increased to 23. In 1994, IBSF reached its target of 25 countries, fulfilling the demand of its IBSF Executive Committee. At present, skeleton is practiced on a competitive level by some 30 countries from six continents.

Skeleton competition returned to the Olympic Winter Games in 2002 with men’s and women’s competition in Park City, Utah, ending its 54-year absence from the world’s most prestigious sports competition. The sport continued as an Olympic discipline in Cesana, Italy in 2006, in Whistler/Vancouver in 2010 and in Sochi in 2014. The new track in PyeongChang will also welcome all the skeleton athletes in 2018.

Participation in skeleton has increased significantly as a result of its return to the Olympic program. Europa Cup and North American Cup events have attracted large fields. In 2007-2008 the IBSF added an Intercontinental Cup circuit, one level below the World Cup, to provide additional skeleton competitions.